Initial exposure to the microbial environment surrounding the infant can have a significant impact on gut microbiota development. 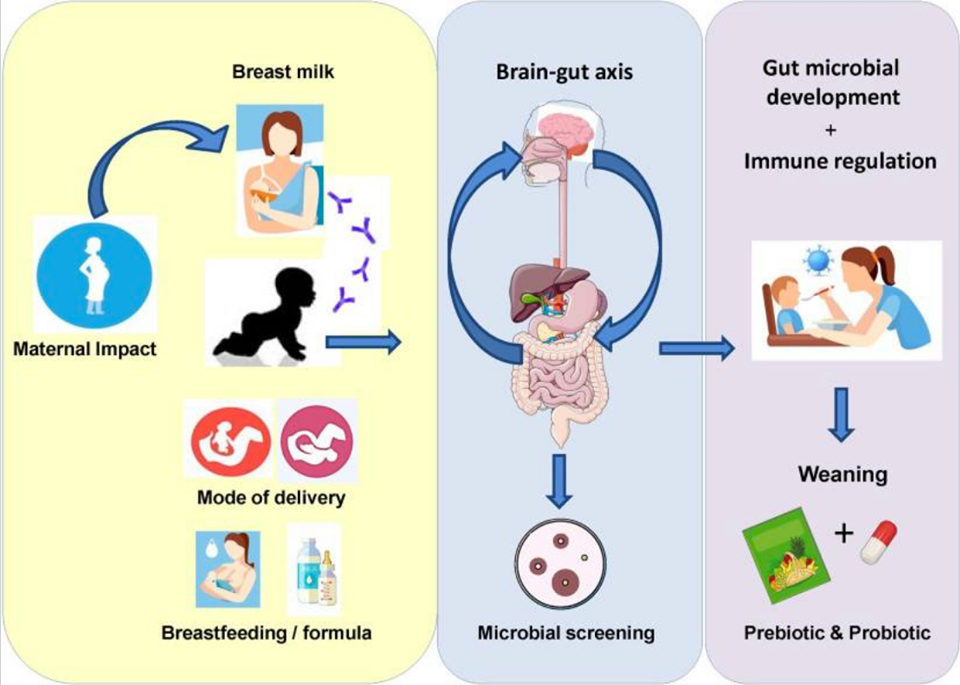 External factors, such as maternal health status, mode of delivery, gestational age, and feeding regime, can impact the colonization and flux of microorganisms during this critical period in life.

The link between your gut health and autoimmune diseases

One in five Americans​ — about 50 million people in the United States — have an autoimmune disease.

These include conditions such as lupus, rheumatoid arthritis, and multiple sclerosis​ which occur when the immune system begins attacking the body’s own organs, tissues, and cells. Research​ suggests that these diseases are on the upswing, with reports showing that Type 1 diabetes, lupus, and celiac disease, for example, are being diagnosed more frequently.

Better gut health could be key to preventing cardiovascular events.

Think your gut health only affects your immune system? Turns out it has a large impact on cardiovascular health, too. New research has found some cardiac conditions can be linked to our gut microbiome. And new studies continue to find that having a healthy gut can help lead to a healthy heart.

Infertility: Its causes, treatment and prevention

Probiotics may improve memory and brain function in Alzheimer’s patients

Best Natural Remedies to Stave Off a Cold