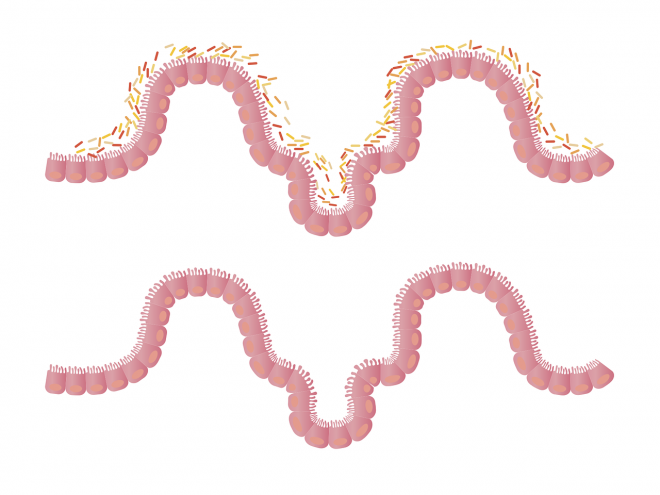 A particular fungi called candida resides in human beings, around the mouth, ears, nose, skin, fingernails, belly, bowels and vagina that can cause yeast infections. When present in normal amounts, the fungi helps in digestion and absorbing nutrients.

But when the body is under stress, immunity is compromised. It then multiplies in huge numbers and infect parts of the body. This problematic yeast infection originated from a strain of the fungus called candida albicans.

The telling signs could be throat soreness, mouth redness and cracks in the corners, discomfort during sex, vagina becoming itchy, heartburn and arthritis. There could be more symptoms, too. Having diabetes, being treated for cancer, consuming wide-spectrum antibiotics and wearing dentures are factors making men and women of all ages susceptible.

Scientists are divided on the subject of 'candida hypersensitivity', as to whether the condition really exists at all. The American Academy of Allergy, Asthma and Immunology, by reviewing evidence put forward by the proponents of the condition, said the concept is merely speculative and laregely unproven.

This is probably because most of the time, the infection is not considered serious and can be treated with antifungal prescription medication. Also, more effectively, by making lifestyle changes starting with the diet. And here are some of the foods recommended by experts to stop the fungi from proliferating.

A Low-Sugar Diet - Restricting sugar is crucial to containing the growth of candida fungi. Sugar helps in the construction of cell walls and amplifies their expansion into small colonies, ultimately turning poisonous.

A study done on mice with poor immunity, showed that sugar escalated the growth of candida yeast in their digestive systems. On the contrary, a few studies with human beings do not prove that candida bacteria grows faster with a high-sugar diet. Though the research remains mixed, there are benefits to restricting sugar on overall health.

Turmeric - A spice often sprinkled on Indian food, turmeric, has a powerful antifungal property called curcumin that is known to inhibit the growth of candida yeasts and even kill them.

A study found that curcumin may prevent candidiasis from forming in the mouth of HIV positive patients. Surprisingly, it showed more promise than the antifungal drug, fluconazole. So far, only test-tube studies have proven the positive effect of curcumin, hence more studies with human beings are needed.

Coconut Oil - Plants have natural toxic compounds that kill fungus. One such compound is lauric acid, a fatty acid known for its antifungal and antimicrobial properties. Half or 50 percent of coconut oil is composed of lauric acid, making the oil one of the best sources to fight the candida yeast naturally. Coconut oil, for this reason, is used to kill bacteria in the mouth in dental cleaning processes called oil pulling.

Apple Cider Vinegar - A popular variety of vinegar called apple cider vinegar, which is a huge hit with health conscious people, has enough acid and enzymes to stop the growth of harmful and unwanted yeast in the body.

Probiotics - Food with live bacteria called probiotics are needed for the body to block the growth of harmful bacteria. It is found in foods such as yogurt, kefir, sauerkraut, miso, pickles and kimchi.

These bacteria are needed to fight the fungi causing candidiasis, hence probiotics are needed to help these useful bacteria grow back. Also, polyphenols present in chia seeds and flaxseeds help probiotics grow inside the gut, eventually fighting the formation of harmful fungi.

Garlic - Raw garlic is said to have strong and potent antifungal properties due to the presence of allicin that is formed by crushing or damaging fresh garlic. When mice were fed allicin, it did prove to help fight off candidiasis, although not at the same level as fluconazole, a popular antifungal medication.

Candida, a type of fungus, if grown in abnormal amounts, can result in yeast infections in the human body. Candida albicans, a particular strain can infect different parts of the body, right from the vagina, mouth, digestive system to the skin and fingernails. Photo courtesy of Pixabay

Probiotics: Protecting Our Health from the Gut
Why do we need dietary fiber?
How Probiotics Can Help Your Yeast Infection
The Most Common Gastrointestinal Diseases
The Microbiome as a Therapy in Pouchitis and Ulcerative Colitis
5 Foods that Fight Fatigue and Fill You with Energy
Importance of Dietary Changes During the Coronavirus Pandemic: How to Upgrade Your Immune Response
Few Secrets to Whiten Your Teeth Naturally Teeth Whitening, Whiten Your Teeth
Dysbiosis in the ICU: Microbiome science coming to the bedside
Potential beneficial role of probiotics on the outcome of COVID-19 patients: An evolving perspective