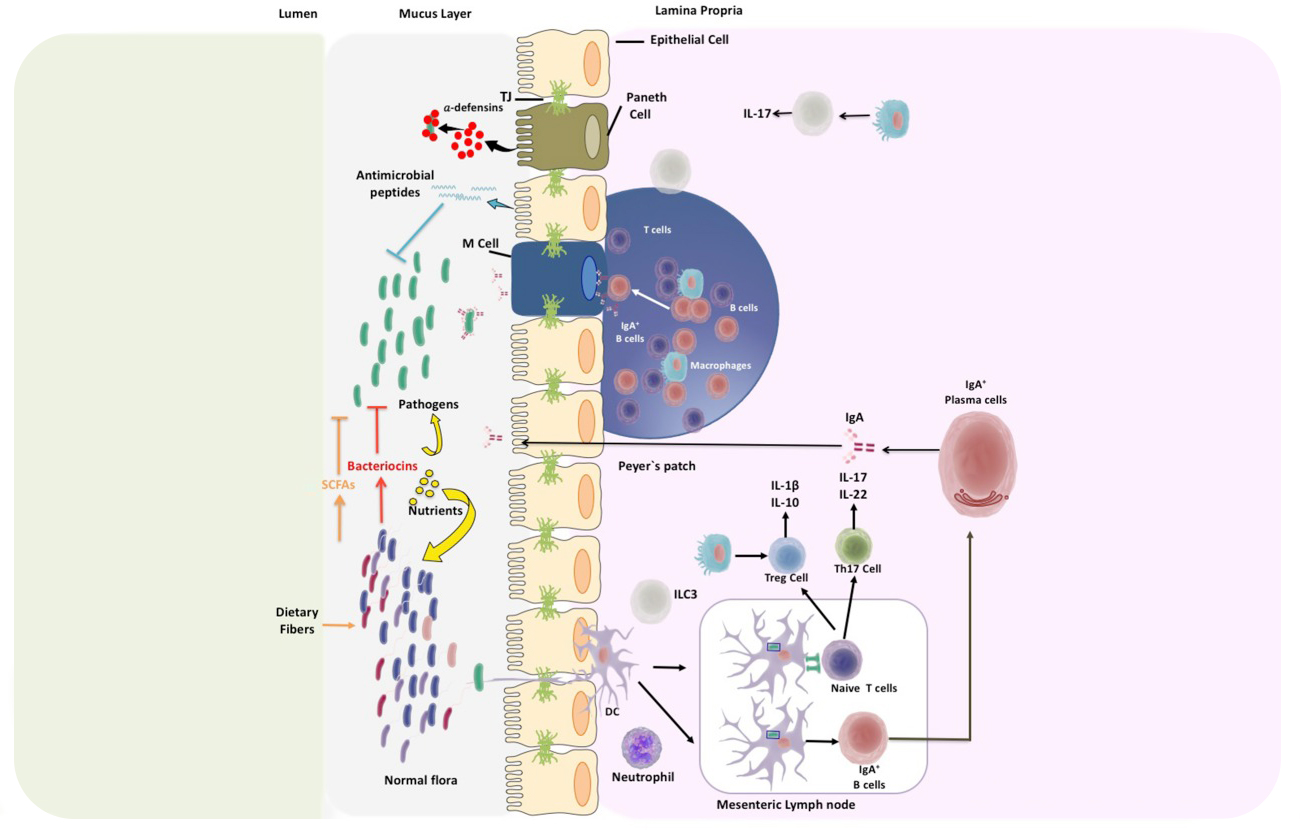 The human body is colonized by millions of microorganisms named microbiota that interact with our tissues in a cooperative and non-pathogenic manner.

The human body is colonized by millions of microorganisms named microbiota that interact with our tissues in a cooperative and non-pathogenic manner. These microorganisms are present in the skin, gut, nasal, oral cavities, and genital tract. In fact, it has been described that the microbiota contributes to balancing the immune system to maintain host homeostasis. The gut is a vital organ where microbiota can influence and determine the function of cells of the immune system and contributes to preserve the wellbeing of the individual. Several articles have emphasized the connection between intestinal autoimmune diseases, such as Crohn’s disease with dysbiosis or an imbalance in the microbiota composition in the gut. However, little is known about the role of the microbiota in autoimmune pathologies affecting other tissues than the intestine. This article focuses on what is known about the role that gut microbiota can play in the pathogenesis of non-intestinal autoimmune diseases, such as Grave’s diseases, multiple sclerosis, type-1 diabetes, systemic lupus erythematosus, psoriasis, schizophrenia, and autism spectrum disorders. Furthermore, we discuss as to how metabolites derived from bacteria could be used as potential therapies for non-intestinal autoimmune diseases.

Our body is colonized by millions of microorganisms that can survive in extreme environments surpassing difficult conditions, such as low pH or low oxygen. The skin, gut, nasal, and oral cavities and genital tract are colonized by hundreds of different types of microorganisms and are known as “normal flora” or microbiota. Lederberg defined the microbiota in 2001 as “the ecological community of commensal, symbiotic, and pathogenic microorganisms that share our body space”. For some authors the concept of microbiota comprehends mainly bacteria and while the concept of microbiota comprehends several different species among them are bacteria, archaea, fungi and viruses. Recent scientific advances supported additionally by “omics analyses” have been crucial for the generation of a large amount of data relative to the composition of the microbiota. In fact, scientific progress has allowed the identification of the composition of the microbiota and the identification of specific microorganisms that live in the gut. The analysis of this information has contributed to revealing the complex relationship between the microbiota and the host. Evidence in the literature has shown that alterations in the proportion of these microorganisms can be associated to pathologies affecting humans. Along these lines, in the past few years several scientific publications have shown a possible association between microbiota alterations and autoimmune diseases. These pathologies are characterized by an immune response against the body’s own tissues causing inflammation and destruction of tissues and/or organs. Autoimmune diseases are especially frequent in western countries, affecting majorly women. It has been proposed that lifestyle in this “modern era” can be affecting the microbiota composition causing a deregulation of the immune system. Evidences in the literature have shown a strong link between microbiota composition and intestinal autoimmune diseases, such as Crohn‘s disease and inflammatory bowel disease (IBD). However, host gut microbiota seems also capable of influence autoimmune diseases that target tissues other than the intestine, including Type 1 diabetes, multiple sclerosis, arthritis, and psoriasis. Interestingly diseases like schizophrenia and autism are now considered to also have an inflammatory component suggesting that these ailments could also be associated to changes in intestinal microbiota. The aim of this review article is to analyze recent information supporting an association between gut microbiota composition and non-intestinal autoimmune diseases... Read full article here.

US National Library of Medicine
National Institutes of Health